My Ho Me represents my home, but it is broken into pieces to be read easily by most of the people. The design of the holograms in the interface determined considering the traditional Home Base method. When the autistic people feel uncomfortable in a place, they want to go to their home base to get their favorite objects and relax. Nevertheless, each person has unique favorite objects. So, the holograms in the sub-menus are put as placeholders in the proposed interface, every one of them can be customized according to the user’s choices if it is needed.

Holograms are the main components of a spatial interface for HoloLens. A hologram is made of light and added to the field of view. The users can see both the hologram and their surroundings just like that. There are many options to create hologram appearances. They can look like real, but also, they can be cartoonish and ethereal. However, each hologram can interact with the user directly by following the movement of the user. They can also interact with the real-world objects via occlusion feature. Since the HoloLens maps the surrounding of the user, every object in the real world is detected and interactable. For instance, a hologram can detect where the wall is and can be broken when it hits the wall.

The interface layout consists of a main menu button and a move/stop button attached to the main-menu button to change the location of it in the space by using spatial anchors. Therefore, the menu can stay in the same place, when the user come back to that space. There are six toggle-buttons in the main-menu: build, laugh, live, favorites, delete and mute. Representative visuals of the buttons are chosen to reflect the functions of the buttons (Figure 1).

Figure 1: The components of the interface.

The main-menu button is a colorful 3D home hologram. The move/stop button is presented by unlock and lock holograms to represent lock/unlock process in the real world (Figure 2). The user needs to use these lock and unlock holograms to place or replace the main-menu in the room anywhere he wants. The lock and unlock holograms are changing colors due to their functions to make it clear if the home is locked or unlocked. If the lock is red, that means the home is locked and not movable. If the lock is green, the home is unlocked and movable. 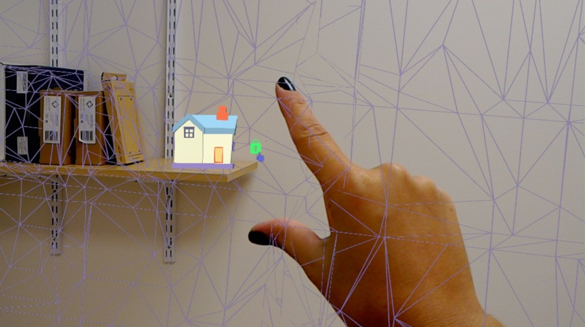 Build button opens the first sub-menu consisting of four primitives to help the user block unwanted objects in the real world or build new objects in the space (Figure 3). For instance, if the user is sensitive to lights, he can block them with a primitive object that fits the shape of the light. Or if the user wants to change the color of the walls, he can modify a cube primitive to fit the shape of the wall and change the color of the primitive. 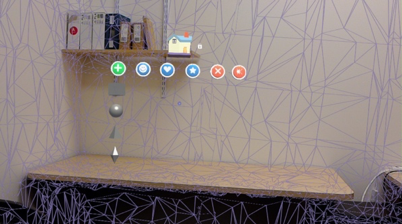 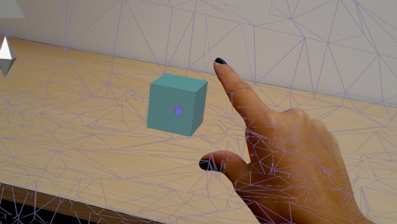 Laugh button enables the second sub-menu with four mood buttons (Figure 4). Mood options are rain, snow, star rain, and heart rain. The current mood options are placed to give the idea of the mood sub-menu. All of them are customizable and can be changed. 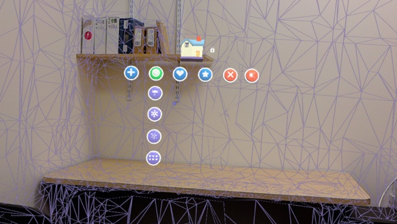 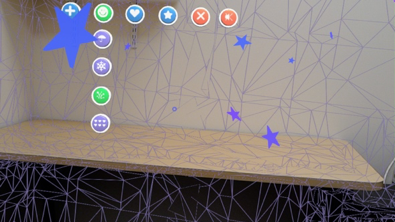 Live button shows four animals as in the shape of 3D cartoonish models imported from Unity Asset Store (Figure 5). The animal options are dog, cat, turtle, and bird. They are chosen considering the domestic animals, nevertheless they can also be customized according to user choices. 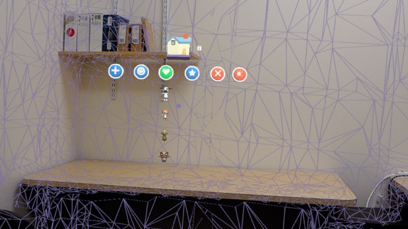 Favorites button displays the last sub-menu with the favorite places or objects (Figure 6). Favorite places are predesigned virtual or saved real rooms. They can be integrated to the users surroundings. The current 3D models in this sub-menu are placeholders. They are completely customizable holograms. It is suggested that these places can also be created using the holograms available within the interface. Favorite objects present the personal objects of the user that can calm him. 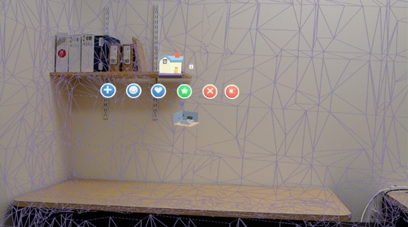 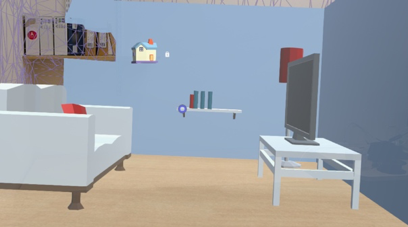 Delete button enables erase function (Figure 7). When it is activated, the delete holograms attached to each object in the scene appear, and the user can remove the objects he wants to. 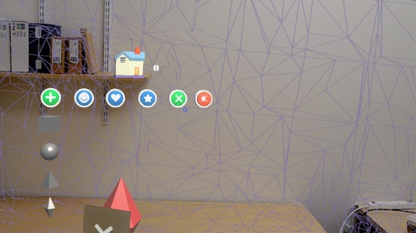 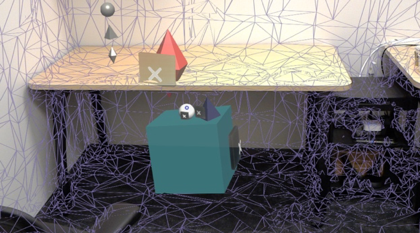 Mute button allows user to turn off the sound in the interface (Figure 8). 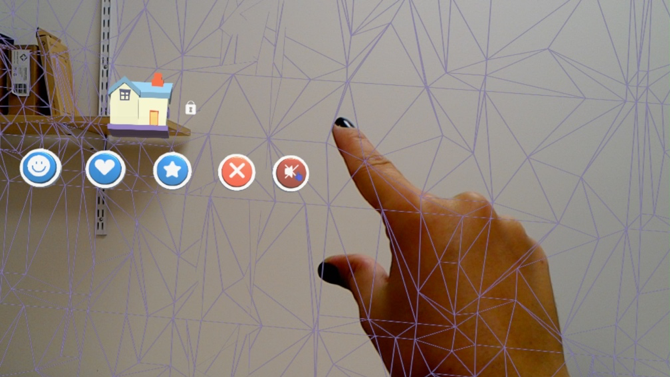